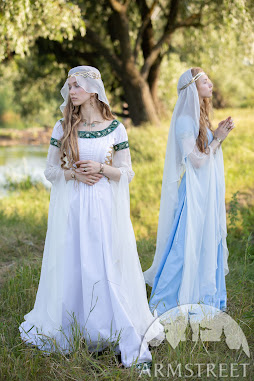 Under the weeping willow, embedded

with opulent pearl, for eternity—

to the floor, the mossy river threaded

through the countryside ambling on at rest.

hung, momentous and old as the dry leaves

upon the ground. The guests dressed in their best

were unsure whether they were here, gifting

for a moment or a new century,

as the water floated by, the petals

away into the distance, luxury

It’s rare to be so quiet at deep grooves

amid the bustle of skirts, with baby

It’s rare to have a bluest heart so kind

that one would flutter in midair over

There was a greenish bank where diamond rinds,

hues of bubbles floated on, amid stoic

as glassy-eyed wine. The only priest was

present in season of the Spring Fair, it

cantered like a new horse, as he came ’round

only twice per year when given good cause.

of a delicate nature, they made case

that her nature was a pale rose in bloom

and her soft creases did not hide a child,

she was quite reverent of his duty too.

But she was kind, delicate amid strife,

life in its piercing the dank moss shallows

of her life had made them crisp flowing pools,

and she stretched out her hand, became a wife,

she wore the diamond of her days, fallows

of a fertile land, farmed with ancient tools.

This royal moment in the river field

acquiesced to nature’s horn and plenty,

no woman’s life should be poor and wanting;

at the sight of such a character to

stand so graceful and so elegant, mild

as would a maiden be, yet there with child,

as her bourgeoning soul would attest, blue

were his eyes, and theirs was a renaissance

ceremony, in formal dress, as spoke

the custom of their age. They were not young,

too young, to be the green reconnaissance

of all love in youthful years, which day woke

too early—was it just the web was spun?

The matchmaker nodded her fair consent,

they had breathed vows, a renaissance couple,

common in their time, even nuptials

were seen in almost half of cream crescent

of waters, where the trim of flowers deck

while perfectly gathered at the scooped neck,

and the pearl beaded bodice falls below

a life joined to a life is turtledoves—

where no death, waxen, cold, where flaxen breathes

The vests of his men were as brown as cloves,

velvet, and marching on in league motifs.

It was the Golden Age of Art Nouveau:

the curved glass bell of time had rung before—

mosaics out of brokenness, stained cores

of glass rose from marble floor to dome, no

sinewy sense of movement was nature’s

The time of falling dusk had walked with us

into the organic future that spurs

the art of a new century, detail

fine and ornamental in its finite

of the nineteenth century with rail

How had this composite of medieval

as was the case of her entourage belles.

There was the artist, the model a muse

sitting pale, simple before the painter—

no movement, hands folded, as in winter

of a soul, a childless stance waiting, loose

of the trappings of work and menial

blank servitude that so characterized

the eyes of darkened blind without new art;

to be receptive to old sterilized

forms of dying while still alive, thou art.

Posted by The Wild Lily Institute at 7:23 PM 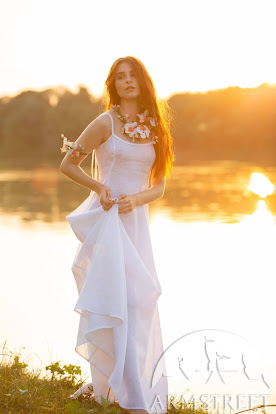